This exclusively female school was created in 1888 by the Congregation of St. Elizabeth. The country's leading school for girls, it now has nearly 600 students. 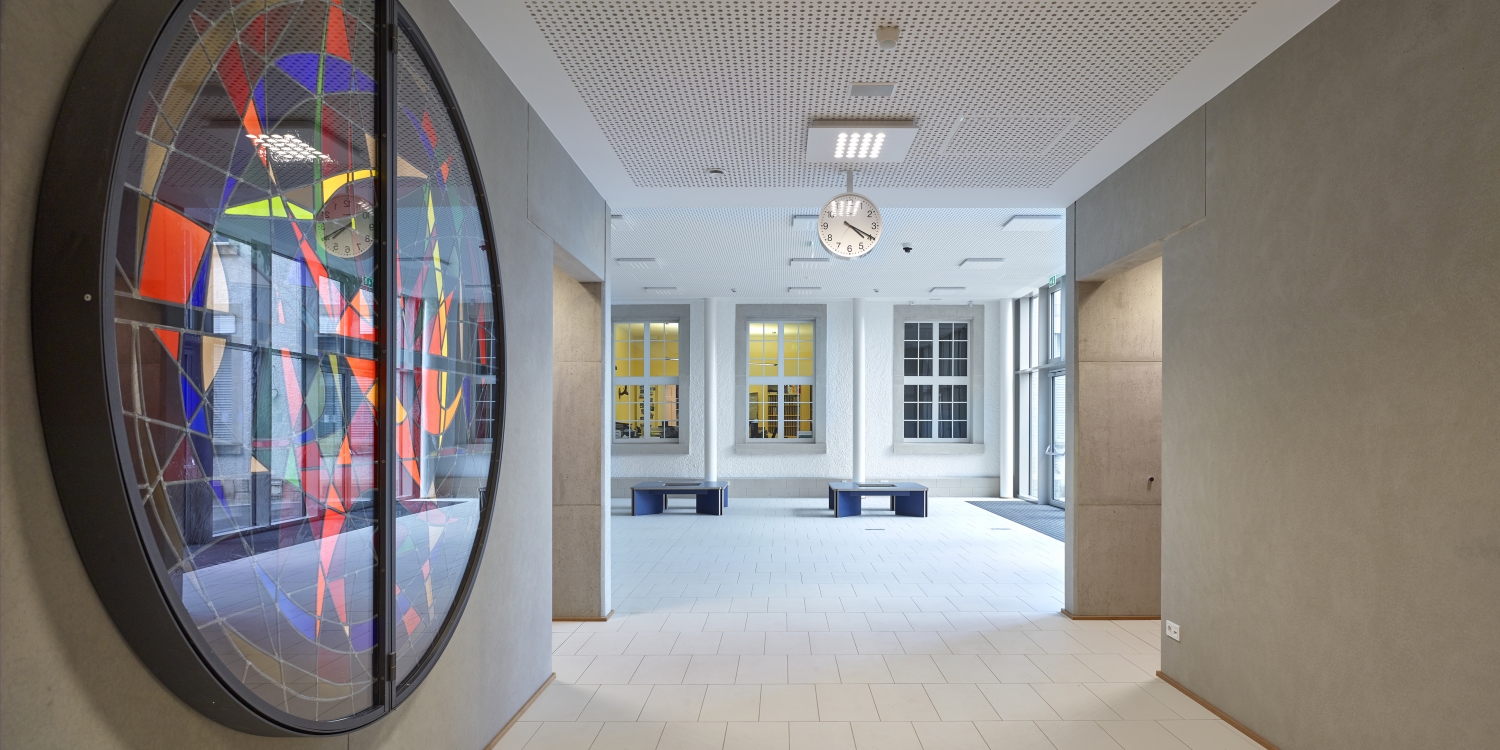 The old chapel, which had been used as a sports hall until then, was demolished to make way for a new building linking the two existing buildings. The rosette of this chapel has been preserved and a second life has been given to it. Indeed, it has been transformed into a luminaire and now welcomes visitors to the new main entrance. Note the modularity of several rooms, particularly the festival hall, which has a removable stage and is also equipped with a climbing wall and floor markings for sports lessons. The multi-purpose room can be divided into two classrooms thanks to its mobile walls. Modular spaces that can be adapted to the needs of the students. 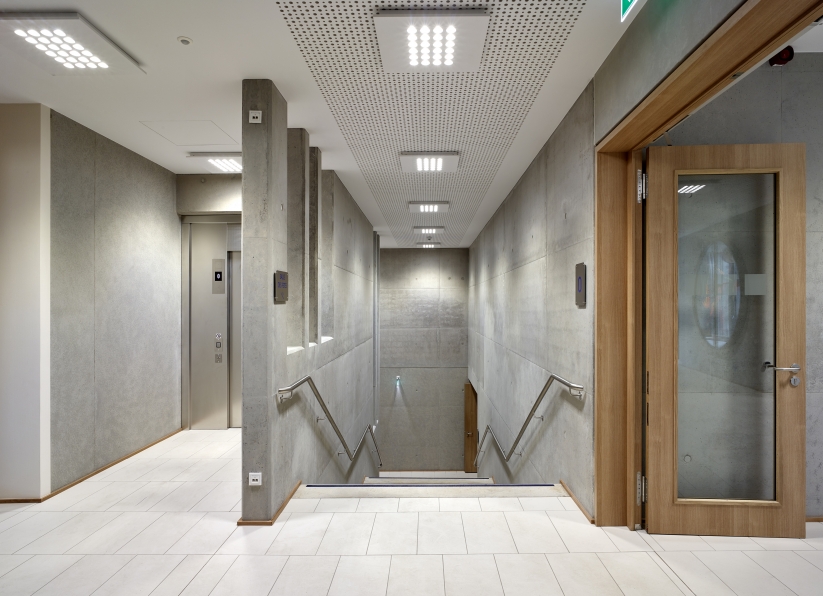 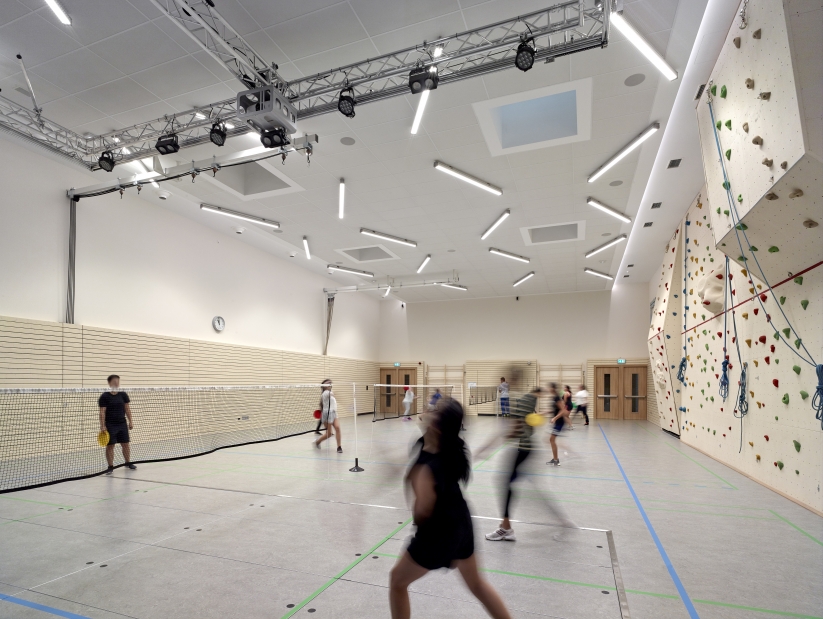 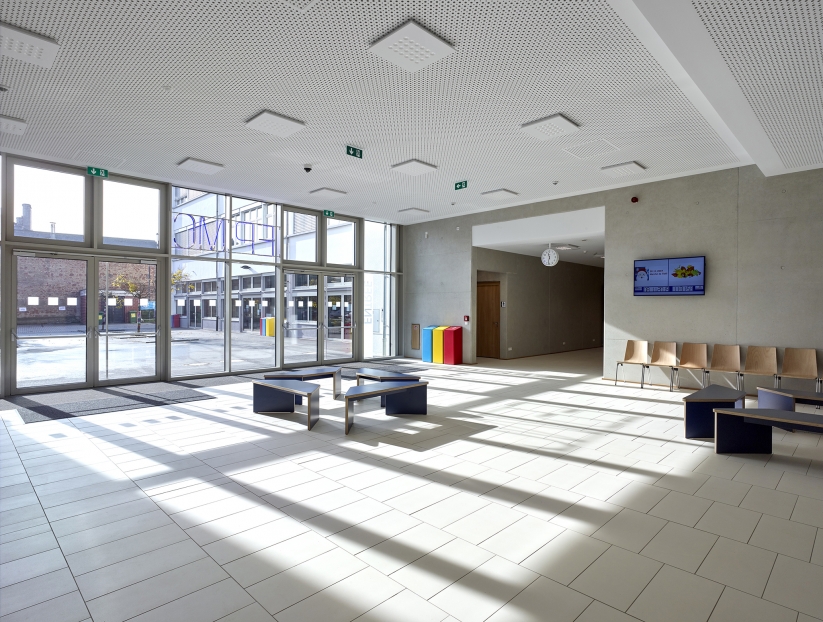 The concrete and oak of the joineries, chosen for their sobriety and natural tones, give the place a certain tranquility. The school blue is found on the staircase railings. Classes are deliberately equipped with neutral tones to avoid any distraction. Their furniture in three warm colours brightens up the whole. These classrooms are all equipped with interactive boards that provide teachers and students with state-of-the-art equipment. Students can also train on state-of-the-art fitness machines. Material comfort through quality learning! 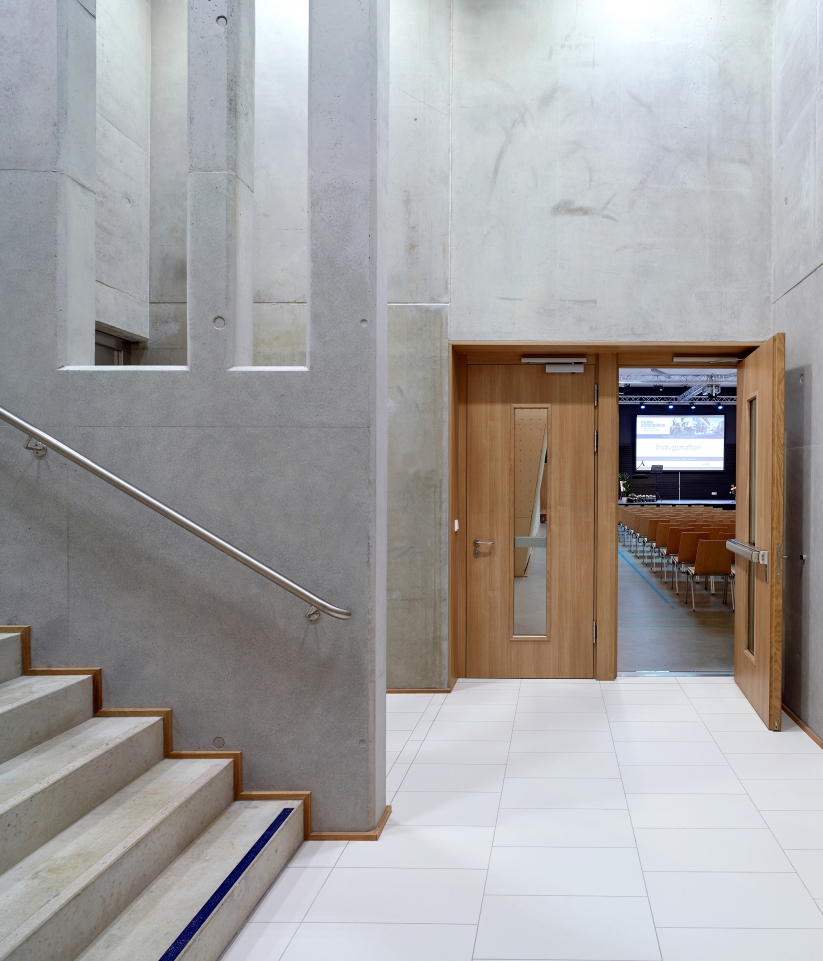 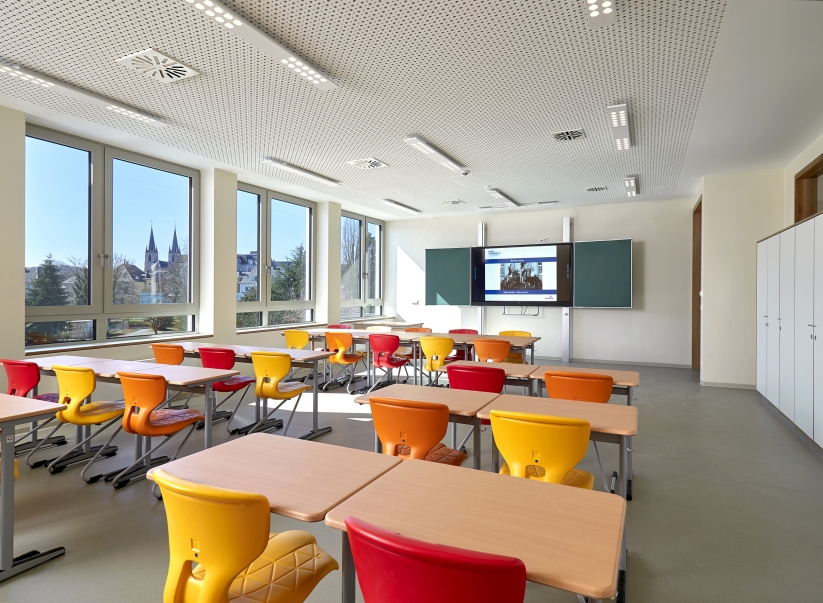 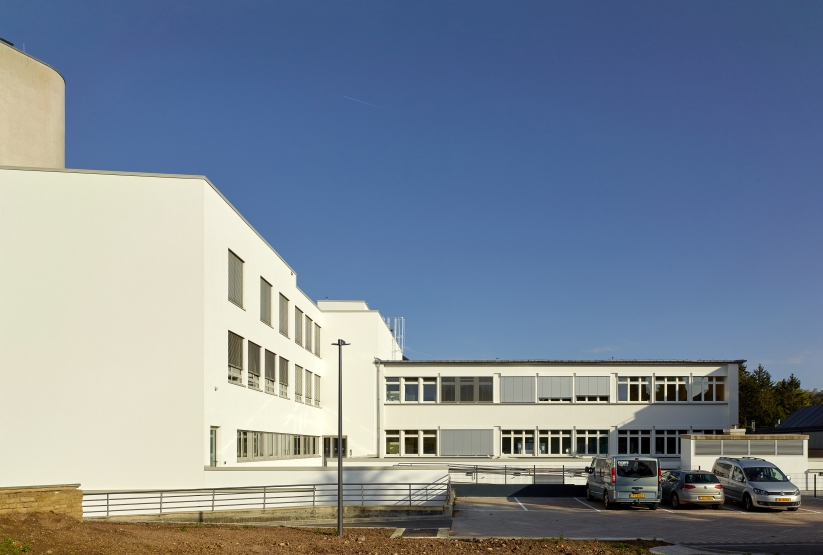 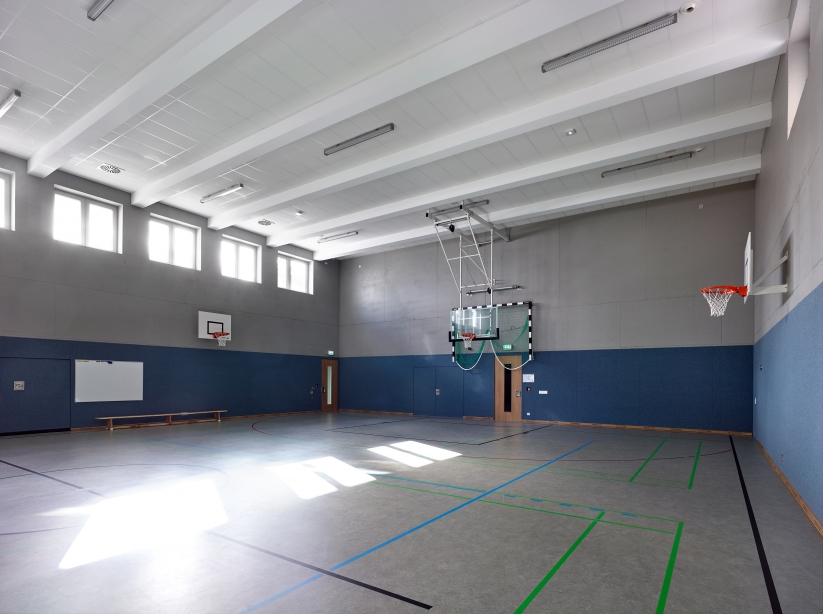